The cathepsin B linker/peptide linker is an enzymatically cleavable linker widely used in antibody-drug conjugate (ADC) due to its superior plasma stability, release behavior, and chemical tractability. BOC Sciences is able to carry out linkers development based on various antibodies, payloads, and tumor targets. Our experts are capable of designing customized developmental plans and assays to meet the requirements of our clients. BOC Sciences is striving our best to assist in achieving your goals.

Cathepsin B linkers/peptide linkers are commonly used in ADC design. Peptide-based linkers are designed to keep ADCs intact in the systemic circulation and allow easy release of cytotoxic drugs upon cleavage by specific intracellular proteases, such as cathepsin B. Due to unsuitable pH conditions and serum protease inhibitors, peptide linkers show greater systemic stability with rapid enzymatic drug release in the target cell, including valine-citrulline (Val-Cit) dipeptide linker and phenylalanine-lysine (Phe-Lys) dipeptide linker. These linkers have been utilized in ADCs clinically, which displays an excellent balance between plasma stability and intracellular protease cleavage.

Cathepsin B is a lysosomal cysteine protease that is highly up-regulated in malignant cells, making it attractive for pro-drug activation. Notably, the concentration of this enzyme in plasma is lower than its lysosome concentration. Moreover, its activity is maximum at acidic pH values, while slightly basic pH of circulation activates the enzyme, avoiding premature drug release. Cathepsin B can recognize and cleave specific dipeptide sequences, and a preliminary screening showed that doxorubicin could be efficiently released from specific dipeptides upon cathepsin bincubation. Among more than 10 dipeptides screened, Val-Cit linker revealed the most potential in being recognized by the protease and stable in human and mouse serum. Consequently, the use of Val-Cit linkers has been widespread among enzymatically cleavable linkers in ADC design. Furthermore, about 20% of ADCs that entered clinical trials are equipped with a Val-Cit linker in order to control drug release. 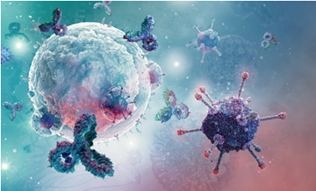 Val-Cit dipeptide is one of the most commonly used cleavable linkers in ADCs, and there are multiple samples currently in the clinical stage due to its overall good plasma stability, release behavior, and chemical tractability. Two approved ADC drugs (ADCETRIS and POLIVY) adapted the same linker construct mc-VC-PABC, containing a maleimidocaproyl spacer, the standard Val-Cit dipeptide sequence as cathepsin substrate, and a PABC self-immolative spacer. Val-Ala dipeptide is also widely used. Among these underinvestigated drugs, the most advanced being Loncastuximab Tesirine, which includes a pegylated spacer to balance payload's lipophilicity of payload SG3199 belonging to the PBD dimer family. The Val-Ala linker allowed DAR up to 7.4 with limited aggregation (<10%), and its low hydrophobicity allows this linker to excel in lipophilic payloads such as PBD dimers.

As a professional producer in ADC linker, BOC Sciences provides cathepsin B linkers/peptide linkers customized-design services for various payloads, including MMAE, MMAF, Pyrrolobenzodiazepines (PBD), and Doxorubicins (DOX). We design, evaluate, and select the most suitable linker based on efficacy and toxicity, thus affording the highest quality ADC construct productively and cost-effectively.

Choice of linkers is one of the biggest challenges in ADC drug development. BOC Sciences provides customized cathepsin B linker/peptide linker design services for specific antibodies based on customers' specific drug development requirements. Furthermore, our one-stop service platform supports a wide range of antibody modification and conjugation services to meet your research needs.

BOC Sciences has also developed linkers for specific targets of various tumors. Our scientists can design highly sophisticated linkers based on the drug release mechanism and linker's physical properties to enhance effector solubility, improve stability throughout the production process, and prevent premature drug release. Our one-stop service platform aims to assist your research in ADC development for both scientific and clinical purposes.

BOC Sciences has successfully produced a series of cathepsin B linkers/peptide linkers, such as Val-Cit, Val-cit-PAB-OH, Val-Cit-PAB-MMAE, Fmoc-Val-Ala-PAB-PNP, MC-Val-Ala-PAB-PNP, etc. In addition, BOC Sciences also provides customized-design services for linkers for ADC stability adjustment and payload release. We have the capability to construct any viable linker and support your ADC product development at your request.