β-Glucuronidases are a class of glycosidase enzymes that catalyze β-glucuronide residues hydrolysis and are widely used in antibody-drug conjugate (ADC) design. As a leading service provider of ADC conjugation, BOC Sciences' linker development services include enzymatically cleavable linkers, chemically labile linkers, and non-cleavable linkers that have been proven to improve the efficacy and stability of antibody drugs.

β-Glucuronidases are a class of hydrolytic lysosomal enzymes that degrade β-glucuronic acid residues into polysaccharides. β-glucuronidases are found exclusively in the lysosomal compartment of the cell and work under hydrophilic environments to release payloads from conjugates. Similar to cathepsin B, β-glucuronidases are secreted in necrotic areas of certain tumors. Using highly potent microtube inhibitors (MMAE and MMAF) and a DNA-damaging agent (doxorubicin), β-glucuronidase-susceptible ADCs were designed by covalent conjugation of cytotoxic agents to the antibody via a β-glucuronide linker attached to a self-immolative PABC spacer molecule. The introduction of a self-immolative spacer enhances linker stability and allows the safe release of potent cytotoxins. Therefore, drug release proceeds in two steps: (i) enzymatic hydrolysis of the glycosidic bound; and (ii) spontaneous decomposition of the linker, leading to the release of active compounds.

The β-glucuronidases abundance in lysosomes and tumor interstitium associated with the hydrophilicity of its substrates are the reasons of interest for designing safe and efficient cleavable ADC linkers. Such linkers demonstrated a low level of aggregation, high plasma stability, a cleavage process validated in vitro upon incubation with corresponding enzymes, and robust in vivo efficacy. The β-glucuronidases linker has also been applied to other amine-containing payloads such as CBI minor groove binder, camptothecin analogs, and hydroxyl-containing molecules SN38, duocarmycin, and psymberin via an additional dimethyl ethylene diamine (DMED) self-immolative spacer. An additional cyclization of DMED occurs spontaneously to form 1,3-dimethylimidazolin-2-one and releases the hydroxyl-containing drug eventually. Due to the hydrophilicity of linkers, this technology allows easier preparation of ADCs with DAR 8 compared to cathepsin-sensitive linkers. 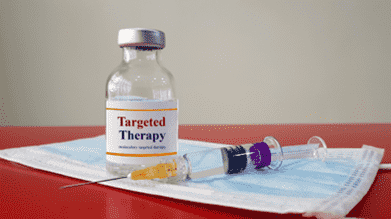 A glucuronide linker incorporates a hydrophilic sugar group that is cleaved by the lysosomal enzyme beta-glucuronidase. Once the sugar is cleaved from the phenolic backbone, the self-immolation of the PAB group releases free drugs. Initially, this linker was used to conjugate MMAE, MMAF, and doxorubicin propyloxazoline to various antibodies for ADC formation. In a subsequent study, glucuronide and Val-Cit-PAB-linked ADCs were evaluated side by side for aggregation and efficacy. The glucuronide-linked conjugates showed minimal aggregation (<5%) compared to dipeptide-linked conjugates, which revealed up to 80% aggregation. Though in vitro efficacy results were similar for the two ADCs, the glucuronide linker exhibited greater efficacy in vivo; however, the glucuronide-linked ADC was not well tolerated in vivo compared to Val-Cit-PAB.

The upregulated hydrophilicity of β-glucuronic acid glycoside linkers increases the stability of ADCs. BOC Sciences has experts in small molecule drug development and developed a variety of β-glucuronidases cleavable linkers for specific antibodies based on customers' new drug development. Furthermore, our one-stop service platform supports a wide range of antibody modification and conjugation services to meet your research needs.

The introduction of a glycosidase cleavable linker featuring a hydrophilic sugar moiety also helps overcome aggregation issues. The resulting ADC avoided common problems arising from high DARs, such as aggregation and faster clearance. Within this context, β-glucuronidase labile linkers have also been used for the controlled release of cytotoxic drugs in various targets. In BOC Sciences, our scientists can design the most suitable linker for tumor targets based on the drug release mechanism and physical properties of the linker itself, thereby supporting your new drug development.