Antibody-drug conjugates (ADCs) consist of antibody fragments conjugated to small cytotoxic molecules through chemical linkers. ADCs drugs that were used as patent drugs maintained the following characteristics: small molecule drugs with high-efficiency cytotoxicity, monoclonal antibodies (mAbs) with high targeting specificity, and linkers that maintain superior stability in the systemic circulation. For an ADC to be effective, each component must be thoughtfully designed and manufactured to create a stable molecule with balanced efficacy and toxicity. 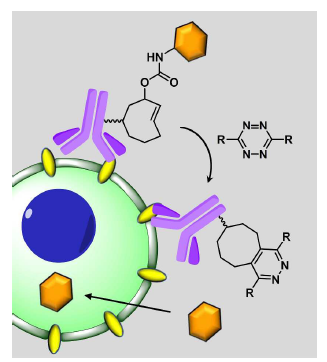 The antibody-drug conjugates (ADCs) linkers significantly influence the timely release of the payload from the antibody. ADC linkers also determine the efficacy and adverse effects of a particular antibody. During drug discovery, an effective linker certainly increases the ADCs therapeutic index by ensuring the accurate release of the payload. Thus, linker construction is one of the most critical topics in ADC researches. In order to define suitable linkers for successful ADCs, the linkers must maintain high stability to ensure the integrity of ADCs in the blood circulation before reaching the tumor cells. Moreover, the ADC linker is responsible for the release of cytotoxins after ADC internalization. Besides stability, linkers also play a significant role in the physicochemical properties of ADCs. For example, most cytotoxic payloads are hydrophobic and linking these payloads to mAbs that contain additional hydrophobic properties usually cause ADC aggregation, which limits the drug loading content on antibodies. These linkers can be divided into cleavable linkers and non-cleavable linkers based on their dissociation properties.

Chemically labile linkers are cleaved based on the differences in blood and cytoplasmic environments (pH, redox capacity, etc.). This mainly includes pH-sensitive linkers and disulfide bond linkers. Among all chemically labile linkers, hydrazones linkers are pH-sensitive and highly stable in blood neutral environment (pH 7.3~7.5). After ADCs internalization, hydrazone linkers beak and release cytotoxins due to the acidic environment. Disulfide bond linkers are another commonly used chemically labile linker. Since disulfide bond is thermodynamically stable, so its breaking depends on the concentration of intracellular glutathione. Usually, the concentration of the reduced glutathione in blood maintains at the micromolar level. However, since tumor cells are hypoxic, enhanced activity of reduced enzymes elevates the disulfide bond-breaking rate and releases cytotoxin.

Peptide linkers are the most widely used enzymatically cleavable linkers. Adcetris, an approved ADCs drug, conjugated microtubule inhibitor MMAE to monoclonal antibody cAC10 via valine-citrulline dipeptide linkers. Typically, valine-citrulline dipeptide linkers are highly stable in blood circulation. However, under a tumorous environment, elevated expression of lysosome protease B can enzymolyze the two amide bonds of the link and cause cytotoxins to release in the complete active form. The advantage of these linkers is that they not only maintain the ADCs' drug stability in blood circulation but also enable the rapid release of cytotoxins in the tumor site. Moreover, the release of drugs in an active structure without any additional modification maintains drug molecules' physicochemical properties and activity.