What is antibody drug conjugates?

What is antibody drug conjugates?

Antibody-drug conjugates (ADCs) are a novel class of highly targeted biopharmaceutical drugs that conjugate a cytotoxic drug with a monoclonal antibody (mAb) through an applicable chemical linker (figure1). Drug molecules are transported to target tissues via the specific targeting effect of antibodies, which can reduce the systemic side effects of drugs, expand the scope of drug treatment, and enhance the therapeutic potential of antibodies. 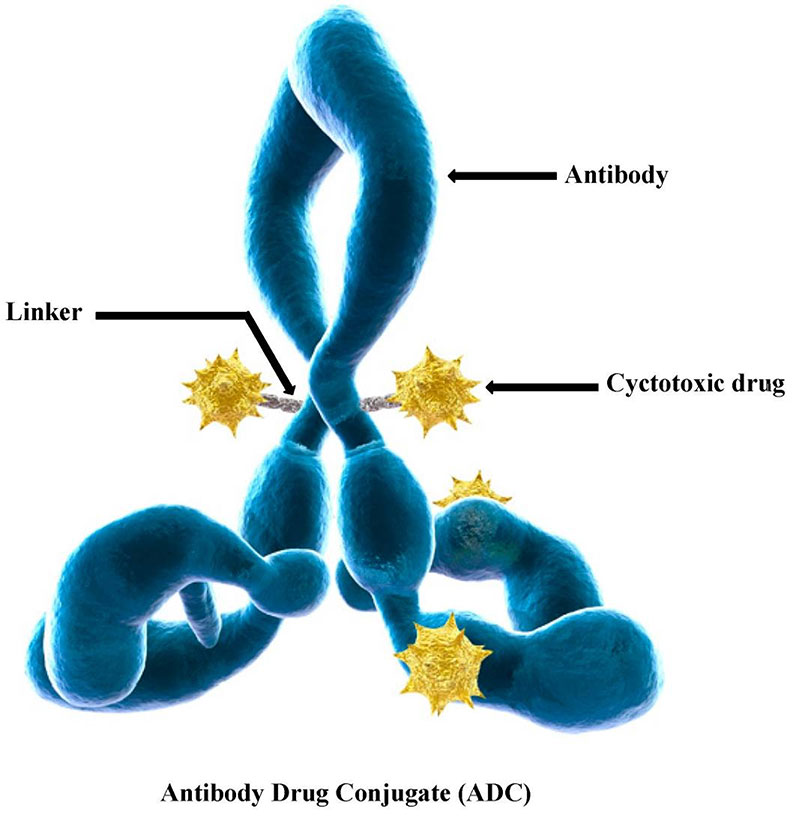 Figure 1: Schematic for the structure of an antibody-drug conjugate (ADC) (Jun Lu. 2016).

Relying on highly targeted tumor antigen recognition, ADC recognizes and binds to specific tumor antigens on the cell surface, and then internalizes ADC through endocytosis. Once in tumor cells, ADC will be transferred to endosomes or lysosomes, which will digest potential linkers or antibodies and actively release cytotoxic drugs into the cytoplasm. The released cytotoxic drugs then flow into the cytoplasm and induce apoptosis through DNA insertion or inhibition of microtubule synthesis. 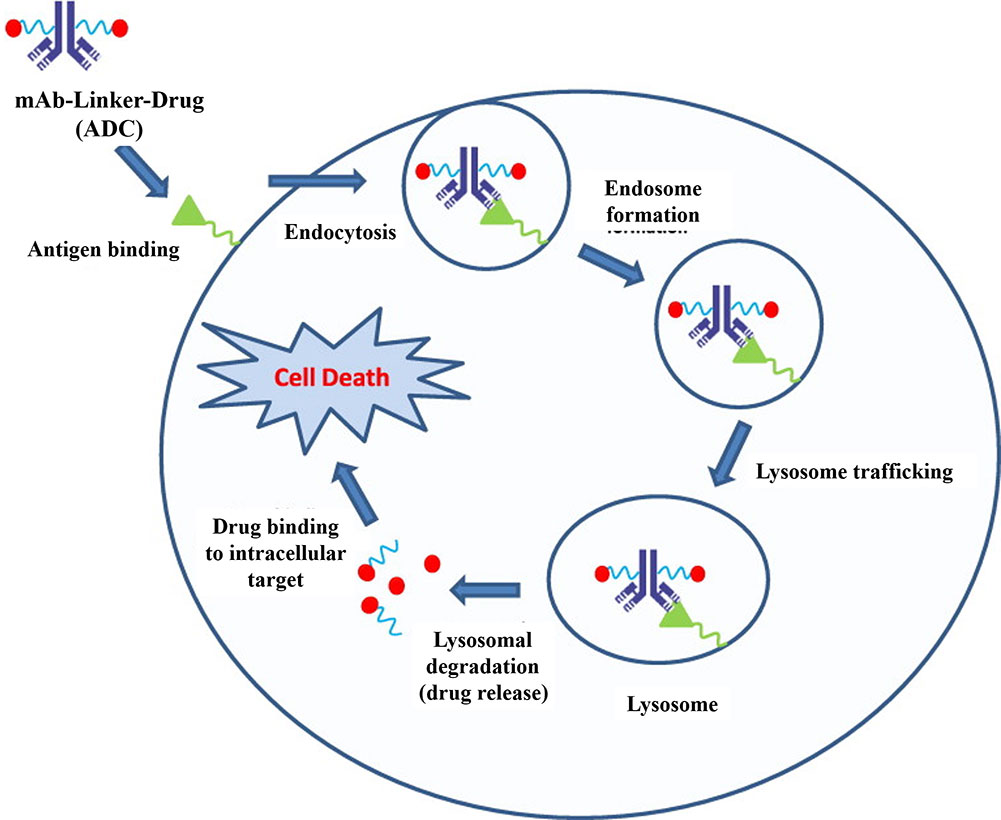 The successful development of ADCs relies on the specific binding of antibodies to target antigens. The ideal ADC target is highly expressed on the surface of tumor cells, low or not expressed in normal tissues. Targets expressed in normal tissues will ingest ADC drugs, which will not only lead to "off-target" toxic effects but also reduce the dose of ADC enriched in cancer tissues and shorten the ADC drug treatment time window.

In addition, some solid tumor surface receptor molecules have gradually been found to be suitable clinical ADC targets. For example, ADC drugs for PSMA on prostate cancer cells, epidermal growth factor receptor EGFR, and nectin 4 in ovarian cancer tissue have all entered the clinic Phase II.

The high specificity of antibody molecules is the basic requirement for achieving ADC drug efficacy and concentrating cytotoxic agents on tumor sites. To prevent the detection and binding of the antigen from being affected, cytotoxic drugs are usually attached to the Fc part or constant region of mAb.

Currently, all ADC antibodies are IgG molecules, because of their high affinity to target antigens and longer half-life in the blood, which helps to increase the accumulation of drug molecules at the tumor sites.

Payload is a key factor in the successful development of ADC drugs. Only a small part of the antibodies injected into the body are accumulated in the solid tumor tissue. Therefore, the toxic molecules with sub-nanomolar (IC50 value of 0.01-0.1nM) are suitable payloads. In addition, toxic molecules must have suitable functional groups that can be coupled, and the functional group should have strong cytotoxicity and hydrophobicity, and be very stable under physiological conditions.

The toxic molecules currently used for ADC drug development can be divided into two categories: microtubule inhibitors and DNA damaging agents. Other small molecules such as α-amanitin (selective RNA polymerase II inhibitors) are also under investigation.

Choosing a suitable linker to constrain antibodies and payloads is the key to successful ADC construction. An ideal linker must meet the following conditions:

The currently used linkers can be divided into two categories:

The difference between the two categories is whether they will be degraded in the cell.