PNU-159682 is a major active metabolite of nemorubicin (MMDX) in human liver microsomes. It is a highly potent DNA topoisomerase II inhibitor with excellent cytotoxicity, and shows >3,000-fold cytotoxic than its parent compound (MMDX and doxorubicin). It is a more potent and well tolerated ADC cytotoxin than doxorubicin. 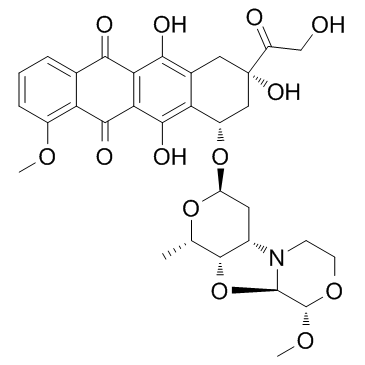 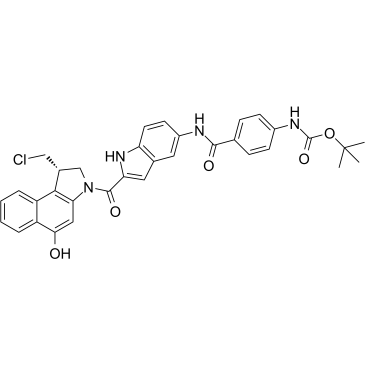