Unlike the development of most small or large molecules, which typically measures only one part or the metabolite for pharmacokinetic analysis, multiple parts of ADCs need to be measured to characterize their PK properties. Therefore, a thorough understanding of the clinical pharmacology of ADCs is critical for selecting a safe and effective dose for patients. 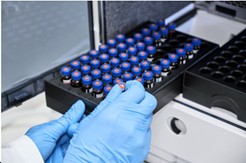 In order to characterize the PK characteristics of different ADC components, several analytical methods are required:

(1) ELISA determines the kinetic curves of the conjugate and total antibody.

(2) TFC-MS/MS can quantify the free drugs or metabolites.

ADC cytotoxic payloads should have the following characteristics:

(3) The target of payloads locates inside the cells.

(4) The payload molecules are small in size, lack immunogenicity, and are soluble in water buffers so that they can be easily coupled.

Studies have shown that ADCs with a high DAR (7 to 14) are cleared faster and have reduced in vivo efficacy compared to those with a DAR lower than 6. DAR values and their effect on the stability and PK also depend on coupling locations and linker sizes.

Lysine or cysteine is often modified to produce ADC. Lysine is one of the most commonly used amino acid residues to link a substrate to an antibody. Lysine is usually present on the surface of an antibody and therefore, easily conjugated. Mylotargs, Kadcylas, and Besponsas all use lysine bio-binding technologies. And other amino acids such as cysteine and tyrosine can also be modified. For instance, ADCs such as Adcetriss, Polivys, Padcevs, Enhertus, Trodelvys, and Blenreps have been synthesized by modifying cysteine with maleimide.

The latest generation of linkers is more stable in the systemic circulation, such as peptide and glucuronic acid linkers. The two most common linkers are introduced below:

(1) Cleavable linkers are sensitive to the intracellular environment and release free effector molecules and antibodies through catabolism and dissociation. They are usually stable in the blood but are rapidly cleaved to release effector molecules in a low pH and protease-rich lysosome environment. In addition, if the payloads are transmembrane, they can eliminate tumors through the potential bystander effect. 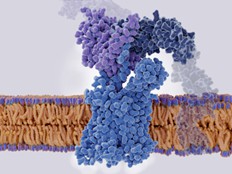 Clinical pharmacology plays a very important role in ADC drug research. An in-depth and comprehensive elucidation of the PK/PD characteristics is crucial to promote the development of ADC drugs with lower toxicity and higher efficiency. Backed by advanced biological analysis techniques, researchers and clinicians will witness wider applications of ADC drugs in the field of cancer treatment sooner or later.