Researchers from the University of Nottingham found that thapsigargin has novel antiviral properties and can effectively fight COVID-19 in preclinical studies. The study believes that the administration of the drug-thapsigargin-will help alleviates the future COVID-19 outbreak.

In cell and animal studies, they found that thapsigargin can effectively resist viral infections when used before or during an active infection, and can prevent the virus from replicating in cells for at least 48 hours after exposure for 30 minutes. They also revealed that the acidic pH found in the stomach is stable, so it can be taken orally, so it can be taken without injection or hospitalization. In addition, it is not sensitive to virus resistance and is at least hundreds of times more effective than current antiviral drugs.

According to the researchers, thapsigargin is safe as an antiviral (a derivative that has been tested in prostate cancer), although we are still in the process of this antiviral and how to treat Covid-19 and other viruses the impact of the research is in the early stages, these findings are significant.

Thapsigargin is a sesquiterpene lactone extracted from the plant Thapsia Garganega and is a non-competitive inhibitor of the sarcoplasmic/endoplasmic reticulum Ca2+ ATPase (SERCA). Thapsigargin has a unique structure. Its lactone ring is a trans-C7α-C6βγ ring, and it also has a trans hydroxyl group at C7 and C11. 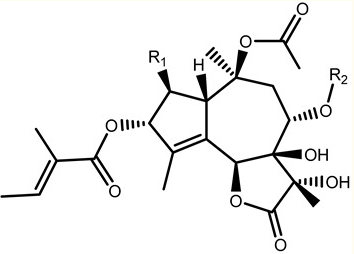 Figure 1: The core structure of thapsigargin.

The main and most important pharmacological activity of thapsigargin is its effective inhibitory effect on the SERCA pump, which is at sub-nanomolar concentrations. Irreversible inhibition of SERCA leads to increased cytoplasmic Ca2+ levels. Subsequently, the calcium storage of the endoplasmic reticulum is reduced, which in turn leads to endogenous stress and activated unfolded protein response. Unresolved endoplasmic reticulum stress can accumulate and cause cell death.

Since thapsigargin can cause apoptosis in any mammalian cell, thapsigargin is not suitable for use as an unmodified drug. This has been overcome by the prodrug strategy.

The neovascular tissue of solid tumors usually overexpresses the proteolytic enzyme prostate-specific membrane antigen (PSMA), a serine protease that cleaves at a specific amino acid motif. Using the flexibility of thapsigargin at C8, the part linker peptide recognized by PSMA is connected to thapsigargin. A prodrug with linker-peptide is inactive to the SERCA pump, but after PSMA cleaves the peptide part, the molecule becomes lipophilic and toxic. The lipophilicity of the drug allows it to enter the cell membrane and interact with SERCA. Activated drugs, even with small linking molecules, can inhibit SERCA and causse apoptosis.

Extraction from T. garganica in in vitro cultures.

A variety of heterologous hosts may be suitable for large-scale production of thapsigargin or precursors thereof, including Saccharomyces cerevisiae (yeast), P. patens. No matter which host organism is chosen, the main obstacle is the discovery of thapsigargin biosynthesis genes.

The biological activity of thapsigargin makes it a viable drug candidate, which has led scientists to try chemical methods to synthesize thapsigargin and its analogs. And it is still a challenge to obtain commercially viable synthetic pathways for these high-value compounds.

Until 2007, the first total synthesis method of thapsigargin was reported. This method allows the complete synthesis of thapsigargin from (s)-carvone in 42 steps with a total yield of 0.6%. The disadvantage of this method is the lack of a strategy to obtain the core of the structure in a few steps and the cost of the initial raw material.

Alternative methods include the six-step synthesis of 7,11- dihydroxyguaianolide, an intermediate for the synthesis of thapsigargin, starting from (+)-dihydrocarvone and ethyl vinyl ketone. 7,11- dihydroxyguaianolide has five of the eight chiral centers present in thapsigargin, and additionally allows simple modification of the C2 and C8 positions.

In 2012, Tap et al. developed the functionalized bicycle decadienone ring system of thapsigargin by a Pauson-Khand cyclization reaction, but the lactone ring and the oxygen atom on the C8 carbon atom were not incorporated.