ADC Therapeutics SA is a Swiss biotechnology company, dedicated to the development and commercialization of highly effective targeted antibody-drug conjugates (ADC) for the treatment of hematological malignancies and solid tumors. Recently, it announced that it has submitted a biologics license application (BLA) for Loncastuximab tesirine (Lonca, formerly known as ADCT-402) to the U.S. Food and Drug Administration (FDA) for the treatment of relapsed or refractory diffuse large B-cell lymphoma (DLBCL). 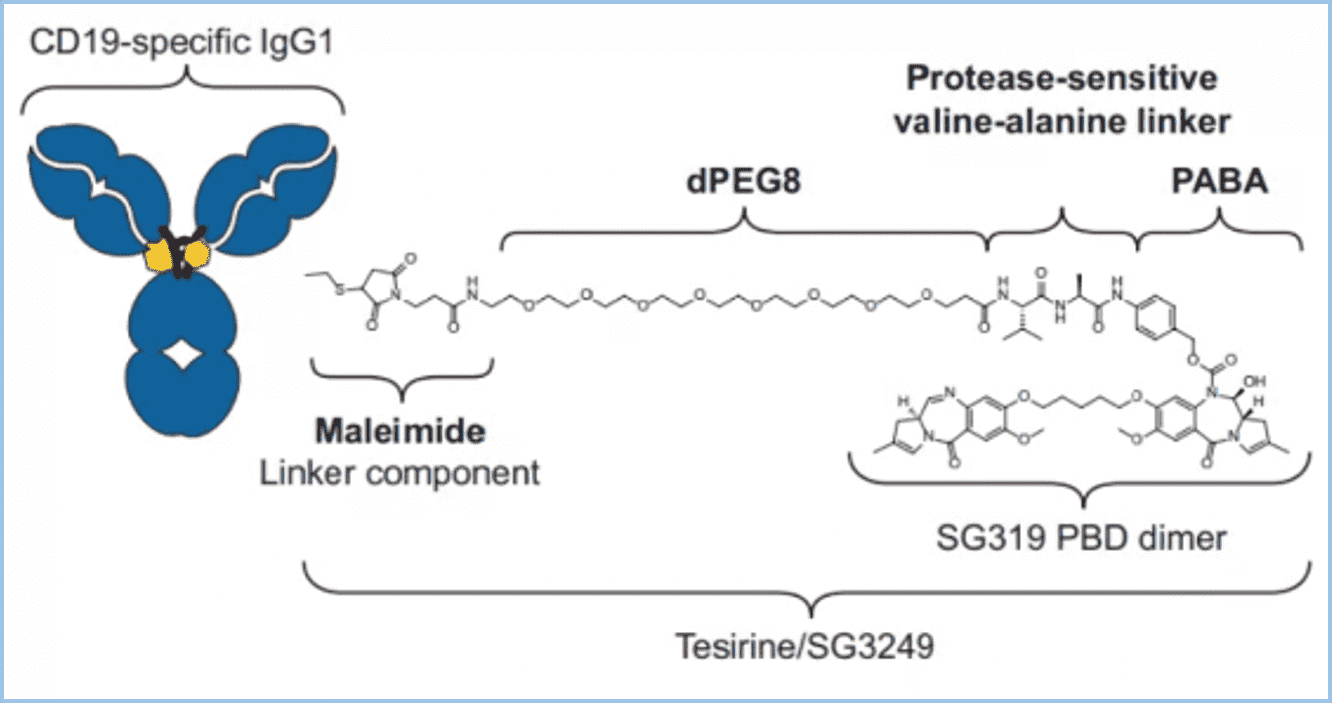 Loncastuximab tesirine is an antibody-drug conjugate (ADC), composed of a humanized monoclonal antibody against human CD19, and a potent pyrrolobenzodiazepine (PBD) dimer cytotoxin via a linker. CD19 is highly expressed in a series of B-cell hematological tumors (including certain types of lymphoma and leukemia), and its expression in healthy tissues is restricted, making it a good target.

Once Loncastuximab tesirine binds to cells expressing CD19, it will be internalized by the cell and then release the cytotoxic payload PBD. The payload is designed to irreversibly bind to DNA to form efficient inter-strand cross-links, thereby blocking DNA strand separation, thereby disrupting the necessary DNA metabolic processes, such as replication, and ultimately leading to cell death.

Julien Depaus, MD, CHU UCL Namur Department of Hematology, said: “Patients with relapsed or refractory DLBCL or MCL who use any drug alone have a poor prognosis and limited salvage treatment options. Therefore, it is important to explore the potential of drug combinations with different mechanisms of action to increase clinical activity."

* Only for research. Not suitable for any diagnostic or therapeutic use.
Inquiry Basket