Potent, cell-permeable, IP3-independent intracellular calcium releaser. Blocks the transient increase in intracellular Ca2+ induced by angiostatin and endostatin. Induces apoptosis by disrupting intracellular free Ca2+ levels; incorporated into chemotherapeutic prodrug formulations.
In cells, sarco/endoplasmic calcium ATPases (SERCAs) transport free calcium into the sarcoplasmic and endoplasmic reticula, lowering intracellular calcium levels to stop signaling through this cation. Thapsigargin is a non-competitive, cell permeable inhibitor of calcium transport by SERCAs (IC50 values are cell type-dependent and range from ~2-80 nM). Inhibition of SERCAs leads to an increase in intracellular calcium, which has been linked to cell activation, release of histamine from mast cells, and increased proliferation of certain types of cancer cells. In vivo, thapsigargin and related sesquiterpene lactones have anti-inflammatory and anti-cancer effects.

Purity
>99%
Appearance
Colorless film
Synonyms
HAPSIGARGIN; Octanoic acid,
Solubility
DMSO, Acetonitril, Ethanol, Methanol, Dichloromethane
Storage
Store in a freezer upon arrival, at -10°C to -25°CHygroscopic substance.Protect from moistureAvoid exposing to strong direct light.Other vendors may recommend higher temperatures for storage.
Application
ADCs Cytotoxin
Canonical SMILES
CCCCCCCC(=O)OC1C2C(=C(C1OC(=O)C(=CC)C)C)C3C(C(CC2(C)OC(=O)C)OC(=O)CCC)(C(C(=O)O3)(C)O)O
InChI Key
IXFPJGBNCFXKPI-FSIHEZPISA-N
Source
Thapsia garganica (Plant extract)
1. Discovery of a structurally novel, drug-like and potent inhibitor of peptidylarginine deiminase
Patrizia Ferretti, Kin Pong U, Charles M. Marson*. Med. Chem. Commun., 2013, 4, 1109–1113
We then further examined the eﬀect of imidazolin-4-one 3 on human neural stemcells in culture in order to establish whether it was also more potent than Cl-amidine in live cells. Cell death was induced in human neural cells by treatment with 5 μM thapsigargin, and their pre-treatment with diﬀerent concentrations of imidazolin-4-one 3 and Cl-amidine was examined for their ability to antagonise cell death (Fig. 4). Thapsigargin-induced cell death was not altered by Cl-amidine at or below concentrations of 1 mM, and a significant, though partial, increase in cell survival was observed only at concentrations above 10 mM (Fig. 4). In marked contrast, imidazolin-4-one 3 maximally restored cell survival at 100 nM, and was highly eﬀective at all the concentrations tested (up to 1 mM). The greater diﬀerence in potency between imidazolin-4-one 3 and Cl-amidine in the cell assay as compared to the enzymatic assay in protein extracts may be at least in part due to a higher concentration of the imidazolin-4-one 3 in the cell, given its greater lipophilicity.
2. Translating endoplasmic reticulum biology into the clinic: a role for ER-targeted natural products?
David M. Pereira,* Patrıcia Valentao, Georgina Correia-da-Silva. Nat. Prod. Rep.,2015, 32,705–722
Thapsigargin. The Mediterranean umbelliferous plant Thapsia garganica is the source of the sesquiterpene lactone thapsigargin (1, Table 1), which, in addition to tunicamycin and brefeldin A, is one of the most widely used and recognized ER stress inducers, albeit through a diﬀerent mechanism of action. From a biochemical point of view, thapsigargin is an irreversible SERCA inhibitor (1, Table 1), thus having a profound impact upon Ca2+ homeostasis.
3. Discovery of new targets of phenolic acids in danshen using a label-free cell phenotypic assay
Jixia Wang, Tao Hou, Lai Wei, Xiuli Zhang*. RSC Adv.,2015, 5, 25768–25776
Therefore, we hypothesized that salvianolic acid A and salvianolic acid C may alter intracellular Ca2+ via an unknown target. To validate this hypothesis, we used thapsigargin and cyclopiazonic acid as the probe molecules. Thapsigargin is a non-competitive inhibitor of sarco/endoplasmic reticulum Ca2+ATPase (SERCA), while cyclopiazonic acid is a specific inhibitor of SERCA. Both inhibitors can raise the intracellular calcium concentration by blocking the ability of the cell to pump calcium into the sarcoplasmic and endoplasmic reticula.
4. Design and total synthesis of unnatural analogues of the sub-nanomolar SERCA inhibitor thapsigargin
Stephen P. Andrews, Malcolm M. Tait, Matthew Ball and Steven V. Ley*. Org. Biomol. Chem., 2007, 5, 1427–1436
Thapsigargin is a potent and selective inhibitor of sarco/endoplasmic reticulumCa2+ ATPases (SERCAs). As such, thapsigargin is capable of severely unbalancing cellular Ca2+ concentrations, often leading to disrupted cell function and growth, and apoptosis of the affected cell. Signiﬁcantly, this has led to the development of a thapsigargin-derived prodrug for the treatment of prostate cancer.When tested in vivo, the prodrug was selectively cytotoxic to prostate tumours, whilst displaying minimal host toxicity. Following the recent publication of the ﬁrst total synthesis of thapsigargin, and with a growing understanding of its structure–activity relationship (SAR), highly active analogues of the natural product with simpliﬁed structures are increasingly within reach of the synthetic chemist. Furthermore, owing to the difﬁculties in cultivating Thapsia (from which thapsigargin is harvested in relatively small quantities), total synthesis appears attractive as a means of obtaining thapsigargin and related analogues. 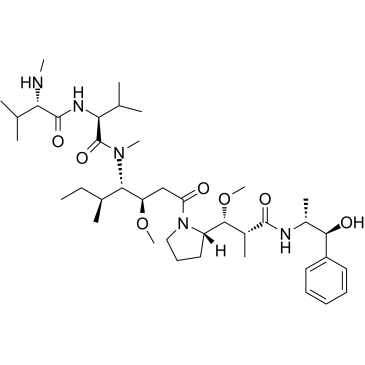 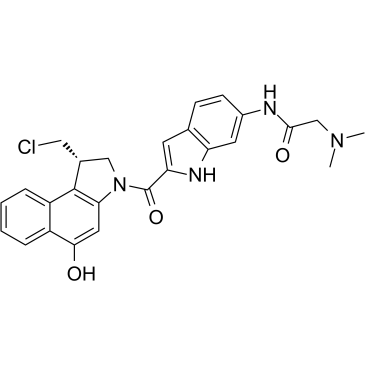